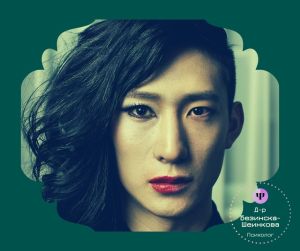 LGBT+ is an abbreviation that refers to people with different sexual orientations, different views of themselves or who do not fit into the „generally accepted norms“. (Lesbians, Gays, Bisexuals, Transsexuals and the “+” is to encompass spectrums of sexuality and gender).

For the society in Bulgaria, these people are still strange, unaccepted, rejected, that even „crazy“ and massively they are not well received as friends, colleagues, partners. This seriously affects the mental state of these people and on the one hand they become more lonely and isolated, on the other hand they try to prove 100% that they are just as capable of any profession as the average heterosexual person.

There is a whole glossary of terms related to the life of this group of people, but this is not the main thing. First of all, it is important to understand that these people are normal, just perceive themselves differently or have different views on the objects of their sexual fantasies, so questions like: „How did you find out?“ Or „When did you decide  that you will become such? ”are extremely meaningless and a little annoying for them.It is the same to ask person from the white race “How do you know if you’re  white or not? – Well, they  just know it.

LGBTIQ– people usually have the most serious problem with being accepted into their own family, where it is believed that „it will pass when they grow up“. This is not a disease state, but an inner feeling, a kind of instinct, and these people have tried daily and repeatedly to fight with themselves, because they knew that it would not be easy for them if they admitted the truth. However, they eventually reveal themselves, and in many cases, it costs them great sacrifices.

LGBT+  people suffer mostly from the ignorance of others and this destroys their inner mental balance.

If your mental balance is disturbed – call me. I am here to lend you a hand.

More and complete information on the topic can be found on the following site: http://www.rainbowproject.eu/